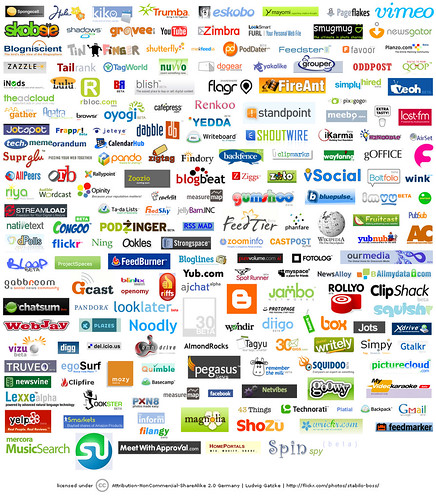 Your Brand needs a Continuous and Consistent Voice.

Modern marketing leverages these new platforms for a number of reasons, but most importantly:

1. The reach is global,
2. It’s inexpensive to gain access to them,
3. And in the right hands, it differentiates the good marketing from the bad marketing quickly and efficiently. How does it work?
Specific reasons are as varied as the services and their participants. The platforms are successful because they serve a need, or are flexible enough to bend to the need, of the individual participants, members, and users. As fast as these options appear and operate, the needs may change. MySpace’s battle for relevance in a Facebook world is a prime example of a similar service that didn’t continue to adapt to the changing needs and whims of the public. As of early 2010, there were more than 500 million users of Facebook. It’s been years since we’ve stopped worrying about using GOOGLE as a verb, "just google it." A similar survey pinned Twitter at more than 150 million. These services have expanded because of their simplicity in starting up – a very low barrier to entry. But creating an account is not the objective. Continuous, high-value content is the objective. IBM published a survey in March that showed that more than 80% of blogs have less than 5 posts. The same could be extrapolated to Twitter. GigaOm.com recently summarized the IBM findings to explain the lack of ongoing content as ‘blogger’s block’ or ‘blog fatigue.’ As businesses jumped into the Web 2.0/Social Media craze, there were often no plans for continuation, or the responsible resources were drawn to the next, next big thing.

Marketing of all types requires a plan, a strategy, and most importantly, execution to reach the right customers.